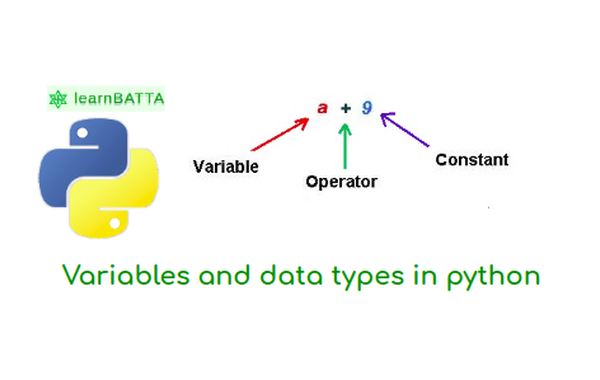 What is a variable ?¶

Variable is a name which is used as a pointer to data that is stored on computer memory. In python we call variables as names.

In above python program we have stored the message "Hello World" in the name/variable message. Actually it is stored in computer memory and variable "message" is a pointer to the data "Hello World". In above program when we print "your_var" we got an error. Because the the variable/name is not defined. Instead of naming the variable as "message" we can use anything like "my_var", "your_var", etc. But, it's not a good practice to give random names. We should follow some rule to name variables in python. Note: Use variable/names only if you use it more than once

What is a datatype in python ?¶

In python we can also define our own data types. The above mentioned data types are some of the built-in data types provided by the python.