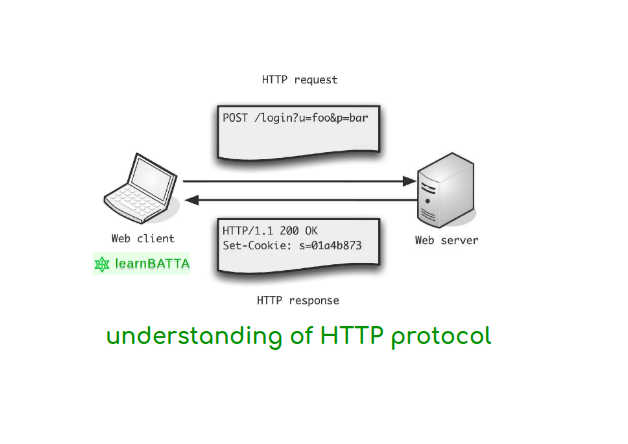 Before talking about HTTP Protocol, let's talk about "Protocol". A protocol is a set rules to be followed to communicate with one another. Let's take two persons say A, B. Person A lives in USA and person B lives in India and he doesn't know english. Person A sent a message to B. In order to understand the message, B has to follow english language grammatical rules. We call these grammatical rules technically as "protocol".

HTTP protocol is designed to provide communication between two computers. It's a server and client based protocol. A server is a computer where an application is running on it on a port number(it's 80 for HTTP protocol). A client is also a computer which sends a request to the server using the HTTP protocol. Most of the users sends request to the server from the web browser of users computer. If we want to do it programmatically then we need to the HTTP modules like urllib, requests, etc. in python.

It's just a basic explanation about HTTP protocol. we will learn more about it in the upcoming articles.