Usage Of Property Decorator In Python¶ 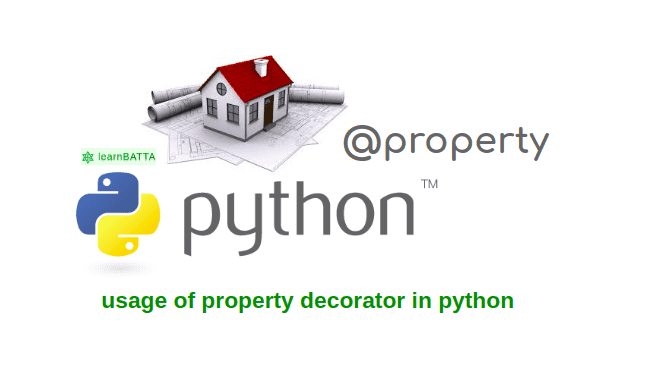 In above code we have created a Person object which first name "Ram" and last name "B". We have defined the method "full_name" which returns persons full name by combining the first name and last name of person object. We have used the property as decorator so, we can access the method as just like an attribute of a class. In above, when we use the code "p.full_name", It returned the full name as "Ram B". Property has three method getter, setter and deleter. By default property acts like getter. In python If we assign a value to a method then the method functionality will be lost. But, using a property we can set value. In above code, we set "Arun B" as value to property "full_name". When we set the value it is passed to the @fullname.setter, there we process it. In above code we split it and updated the values of attributes "first_name" and "last_name". When we delete the property then the method @full_name.deleter will be called. We can see the same in the above code "del p.full_name" when we execute it then it called @full_name.deleter inside we have deleted attributes "first_name", "last_name". That's the reason we got an error "object has no attribute".

We have three types of class based methods in python. They are 1.static method, 2.class method and 3.instance method. When we are working with classes we will have to deal with different types of scenarios. Based on the scenario we have to use the one of the method types. Let's get started with these python methods.

Python Working With Classes And Objects

Python classes are used to bundle the data and functionality together. Every class has a name/type. we create class objects using classes called instances.